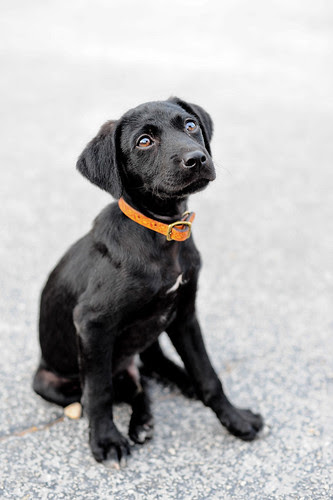 this is one of my foster puppies. adorable, right?

no one wants him either. hmpf!

one of my rescue's puppies 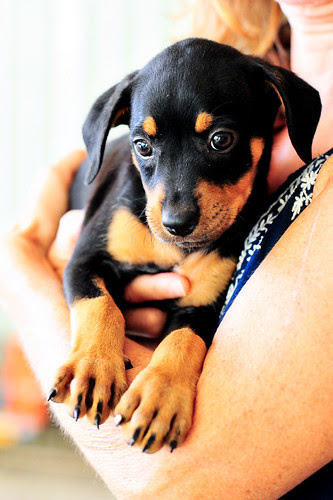 there are 3 left.. seriously, how can that be? 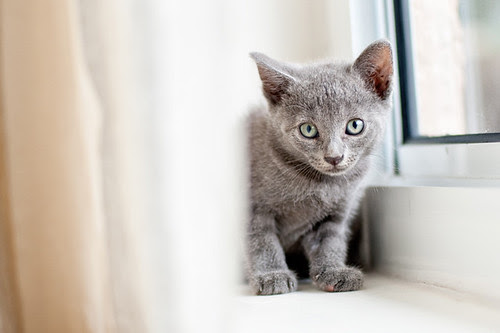 My fosters.. would you believe no one wants these guys yet?, originally uploaded by estacey. 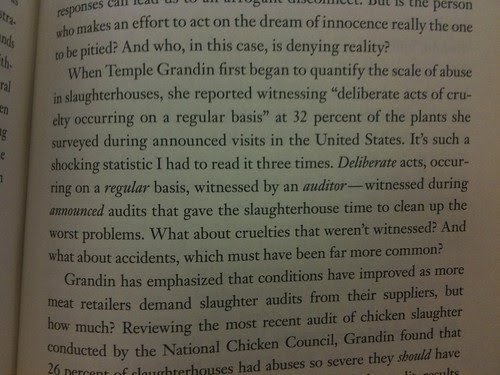 Wednesday, May 12, 2010
The Defurminator is AMAZING 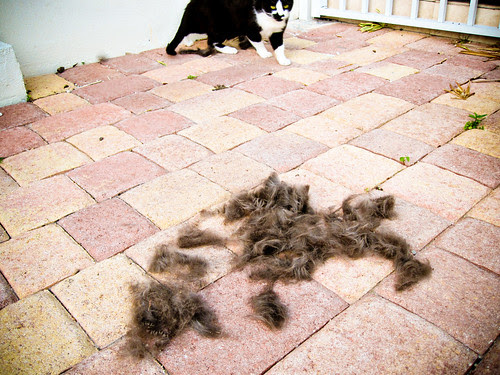 The Defurminator is AMAZING, originally uploaded by estacey.

And they're not even paying me to say that!

All that fur? Came off that cat! And it would've kept coming... AND it doesn't include all the fur that blew away! How weird, though, right, that a black & white cat sheds THAT color fur. It's the undercoat.. I wonder if that makes a difference?

The best part is that both Oreo and Kitten love to be combed with it. Kitten doesn't love anything, really, aside from trying to eat cereal out of my bowl, so I was really impressed that she even let me touch her with it, nevermind all the purring she was doing.

Amazing on the dogs, too, particularly the boy puggles. 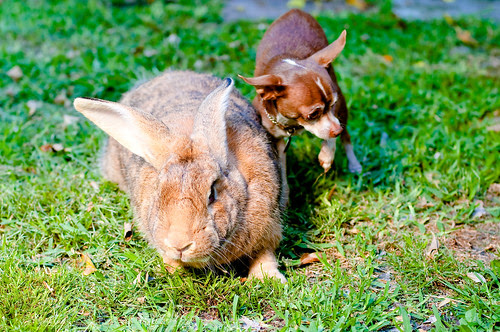 Thursday, April 22, 2010
animal-centric Today I woke up after too-little sleep and got to see for the first time in a while what 8 a.m. looks like outside. It was GORGEOUS. Cool, beautiful, sunny.. in the 60s still! I ran last night at 10 p.m. and it was 76. I'd say we switch to 8 a.m. runs but Chris goes to work earlier than that and no way am I up for 5-6 a.m. runs, soooo.. hot nighttime it is!
Then I drove the mama cats to be spayed. Then I had a mini argument with the vet lady who was insisting that they needed to notch their ears. NOT MY GIRLS! I basically took the attitude that it was NOT UP FOR DISCUSSION (and it wasn't) and it seemed to work.
Then I picked my friend Byron up and got to see my pirate kitties. They are getting bigger and cuter and their eyes look so much better. :) Then we drove up to the bunny rescue in Lake Worth where I took pics of a huge Flemish giant and a lovely lop named Justice. I LOVE LOP BUNNIES!
Then we did some recon at a local pet deli that I contacted and I'm meeting with next week. I got the cats some whole smelt and the dogs some duck necks (I know, I know, ugh). The dogs got to eat some fish tonight too. They were in HEAVEN.
Then I went to pick up my girls. Then I came home and collapsed.
And after it was all done, I realized my whole day was basically centered around animals. And that's JUST FINE with me! :)
¶ 11:05 PM 0 comments

I was just thinking about these folks yesterday and today I got their annual report.

Read up on www.animalsasia.org

Moon bears are kept like this from cub-hood to death with an open wound in their abdomen to extract bile, which is used in traditional Chinese medicine. They often have their teeth and claws removed.

These pictures absolutely haunt me. They put factory farming to shame, as unimaginable as that may seem.

The folks at Animals Asia are trying to put an end to this practice and giving sanctuary to the bears they have rescued from such a life. They also work to help dogs and cats killed for food in Asia and educate people about compassion for animals.

Not to rip on the Asians, but damn. It's hard for me to believe that a difference in culture can cause what I believe to be a complete lack of empathy. One of the bears was kept in someone's KITCHEN in Vietnam for like 14 years. How could you look at a suffering being for 14 years, stuck in a tiny cage, in constant pain.. and live with yourself? I don't get it.

I've given them money in the past. At this point I'm considering sponsoring a bear for $45/month.

This just makes me laugh. 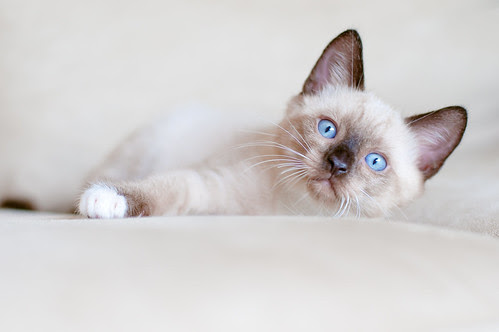 Sup, prettiest cat ever! Check out the blog at www.twomamacats.com :)

I just have the moms and 1 kitten left. The kitten is going home on Sunday and the moms have a new home in... BALTIMORE! :) How exciting!  ¶ 2:05 AM 0 comments 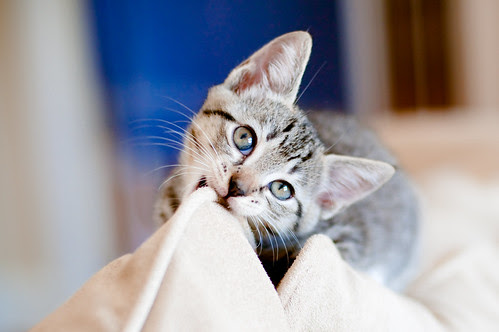 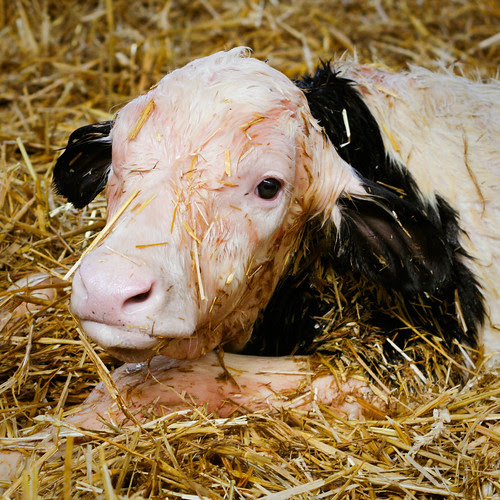 Newborn, originally uploaded by By Elize.

I'm Stacey. I'm a 31(!)-year-old Wisconsin girl living in sunny South Florida. The highlights in my life are my lovely boyfriend, my aloof cats, my adorable/adoring stepdogs, my two lumbering tortoises, select family members, being outside, being underwater, taking pictures, yadda yadda. Stay tuned for lots of babbling!

adopt!
c'mon, you know you have room for one more.

A small boy lived by the ocean. He loved the creatures of the sea, especially the starfish, and he spent much of his time exploring the seashore.

One day the boy learned there would be a minus tide that would leave the starfish stranded on the sand.

When the tide went out, he went down to the beach, began picking up the stranded starfish, and tossing them back into the ocean.

An elderly man who lived next door came down to the beach to see what the boy was doing. Seeing the man's quizzical expression, the boy paused as he approached. "I'm saving the starfish!" the boy proudly declared.

When the neighbor saw all of the stranded starfish he shook his head and said: "I'm sorry to disappoint you, young man, but if you look down the beach, there are stranded starfish as far as the eye can see. And if you look up the beach the other way, it's the same. One little boy like you isn't going to make much of a difference."

The boy thought about this for a moment. Then he reached his small hand down to the sand, picked up another starfish, tossed it out into the ocean, and said: "Well, I sure made a difference for that one!"